Our Board members have extensive professional experience both within Australia and internationally.

The Board is comprised of seven members who have extensive professional experience both within Australia and internationally. Mr Matthews, an actuary with more than 40 years’ experience in financial services has held chief executive roles in Australia, Canada, Japan and the United Kingdom (UK). He returned from 15 years overseas in 2013 and has assembled a portfolio of non-executive directorships.

Previously he was a Director of AMP Limited, AMP Bank, CoverMore Limited and Tokio Marine Asia. His last overseas position was  Executive Director and  Chairman, Developed Markets Aviva and prior to that Chief Executive Officer (CEO) of Aviva UK, Group CEO of Friends Provident and CEO of Standard Life UK, based in the UK, as well as Manulife Financial in Japan and Legal & General in Australia.

Trevor has served as a Commissioner for the UK Commission for Employment and Skills, Chairman of the Financial Services Skills Council in the UK and President of the Chartered Insurance Institute and the Institute of Actuaries of Australia. 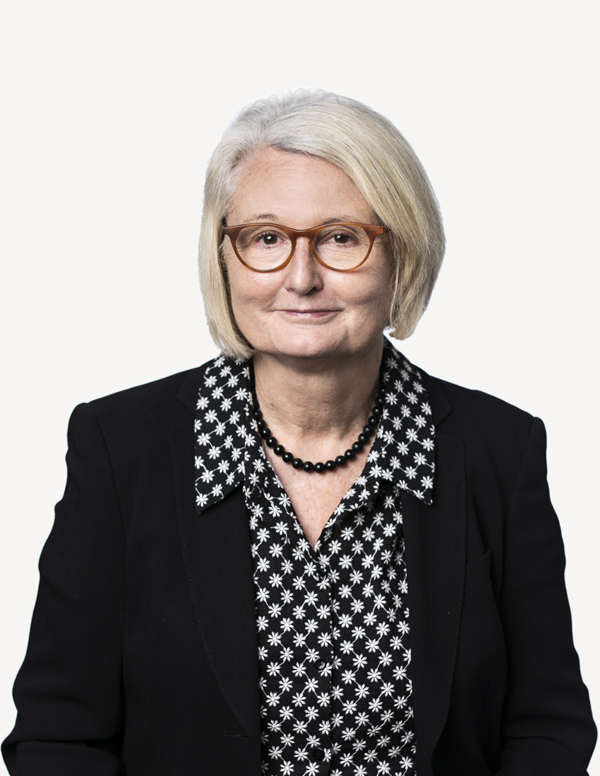 Ms Milne is a former lawyer with over 30 years’ experience primarily in insurance and reinsurance, risk management, corporate governance and professional negligence.

Currently Chair of the Accounting Professional and Ethical Standards Board, Securities Exchange Guarantee Corporation, and the State Insurance Regulatory Authority (SIRA) Compulsory Third Party Premium Committee. Ms Milne is also an Independent Member of the SIRA Audit and Risk Committee, ALE Property Group, and a member of the Asbestos Safety and Eradication Council, and Pacific Opera.

She was a partner with Clayton Utz until 2003 and a consultant until 2012. In 2008 she was awarded the Order of Australia Medal for services to the legal sector particularly as an insurance lawyer and to the community. She was also previously a director of the Australand Group (now Frasers Property Group), Munich Reinsurance Australasia, and the Superannuation Administration Corporation (Pillar Administration).

Ms Milne has a Bachelor of Laws from the University of Sydney and is a fellow of the Australian Institute of Company Directors. Prof. Bloom MPH PhD FAICD is an experienced company director and tech founder and CEO. In addition to SIRA, she is a director of Sydney Water Corporation and the Sydney Children’s Hospitals Network. She is also a member of the Advisory Boards of Griffith University Enterprise and the digital company ID Exchange, and is a Board Observer for Cadenza Innovation, a leading US-based energy storage company. Prof. Bloom is the Chair of the SIRA Audit and Risk Committee, and an Independent Member of the Audit and Risk Committees for the NSW Department of Communities and Justice, Rookwood Cemetery, Southern NSW Local Health District and Luminesce Alliance. Her previous directorships include Western Sydney Local Health District, Recovre Holdings and Gymnastics NSW.

Following a successful career as a senior executive and corporate advisor in health and health care, utilities, infrastructure, education, insurance and ageing, Prof. Bloom has been a company director for over 20 years. She has been involved as founder of and advisor to numerous tech start-ups over more than two decades. She is active as a mentor of women innovators, and as an angel investor in disruptive start-ups.

Prof. Bloom is a graduate of Yale and Sydney universities, and is an Adjunct Professor in the Sydney University Medical School, Menzies Centre for Health Policy and an Adjunct Professor in the UTS School of Business. Prof. Bloom is respected for her insights and guidance, which incorporate her expertise in digital transformation, big data and innovation. She has worked in over 20 countries, and has provided advice on public-private partnerships, health, and project finance to the World Bank, International Finance Corporation, Asian Development Bank, AusAid, US State Department, Australian Government and UNICEF. Yale University named Prof. Bloom one of its 100 top leading public health graduates since its founding over a century ago.

Board member, Dr Graeme Innes, AM (Nominee of the Secretary, Department of Customer Service)

Dr Innes has been involved in numerous human rights reform initiatives that have resulted in ground breaking change, perhaps most significantly as the Human Rights Commissioner for Australia. He was involved in drafting the United Nations Convention to the Rights of Persons with Disabilities, and has also served as Australia’s Race Discrimination Commissioner.

Dr Innes was Chair of the Disability Advisory Council of Australia, and the first Chair of Australia's national blindness agency, Vision Australia. He also played a key role in developing the National Disability Strategy and the Disability (Access to Premises – buildings) Standards 2010, and the establishment of Liveable Housing Australia.

In 1995, Dr Innes was entered into the Order of Australia as a Member (AM) for his contribution to the rights of people with a disability in Australia. In 2003, he was a finalist for Australian of the Year. Since 2015, he has been awarded four honorary doctorates by Australian universities for his human rights and advocacy work.

Board member, The Hon. Greg Keating The Hon Greg Keating was appointed a Judge of the NSW District Court and President of the NSW Workers Compensation Commission in 2007. He retired from these roles in 2018 after 11 years of service to people impacted by work-related injury. Mr Keating is now practising as a Nationally Accredited Mediator.

Mr Keating was admitted as a solicitor on 11 November 1980. He has practiced extensively in insurance law, defamation and industrial law. Mr Keating was an accredited personal injury practitioner. He was Managing Partner of McClellands Lawyers until its amalgamation with Slater and Gordon in August 2007.

Mr Keating was a Director of the WorkCover Authority from 1998 to 2007. He has held honorary appointments with the Cancer Council of New South Wales and to the Paraplegic and Quadriplegic Association. From 1992 to 2007, he was a member of the Law Society Personal Injury Committee. Mr Stowe stepped down as the NSW Fair Trading Commissioner in July 2017 in order to proceed on long service leave, pending his formal retirement from the NSW Public Service in November 2018.

Mr Stowe’s six-year term as Commissioner was part of a distinguished 29-year career in the Fair Trading / Consumer Affairs portfolio. Some of his more significant achievements over this period include successful implementation of the consumer protection strategy for the Sydney 2000 Olympic Games; development of the Australian Consumer Law; and introduction of the ground-breaking NSW Complaints Register.

During his 41 years of service with the NSW Government, Mr Stowe also had postings in portfolios covering environmental protection, education and youth affairs, local government and state superannuation.

Mr Stowe was awarded the Public Service Medal for services to consumer protection in the 2011 Queens Birthday Honours List. He is also the recipient of the Society of Consumer Affairs Professionals Life Achievement Award (2016), the Choice Consumer Champion Award (2017) and the NSW Government Meritorious Service Medallion (2018). Mr Stowe was made a Fellow of the Royal Society of NSW in 2017.

Ms Donnelly has been the Chief Executive of SIRA and a Board member in an ex-officio capacity since March 2017.

Ms Donnelly has extensive experience as a senior executive in NSW Government including as an Executive Director in SIRA, General Manager of the Motor Accidents Authority of NSW and Director of Strategy and Planning with Fire and Rescue NSW. She has also been a Review Director in the NSW Department of Premier and Cabinet and an Associate Director in NSW Health.

Mr Matthews, Ms Milne and Dr Innes have been reappointed to the Board for three years, until November 2021.

Dr Bloom has been reappointed for a term of two years, until November 2020.

Mr Keating has been appointed for a three-year term, until November 2021.

Mr Stowe has been appointed for a two-year term, until November 2020.

Ms Donnelly is a member of the Board in an ex-officio capacity during her tenure as SIRA Chief Executive.